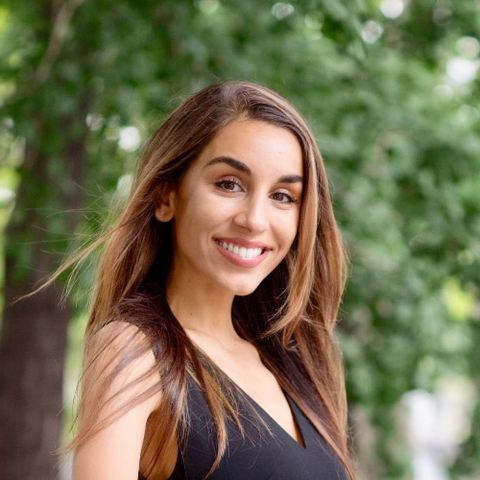 An entry of appearance, also called a notice of appearance, is often the first document an attorney will file after being retained to act in litigation that is already pending before a court.

It is a very short document that serves to inform the court that an attorney or other lawful agent or representative now represents one of the parties.  It tells the court, the other parties, and anyone else with an interest in the case that they should contact the attorney or representative rather than the named party. It also provides contact details and state bar registration information for the attorney.

When is an entry of appearance used?

Entries of appearance are widely used in civil, family, criminal cases, and immigration matters, as well as in a variety of administrative law proceedings and in appellate courts. Such notice is only needed when the procedural rules of the court, tribunal, or other adjudicating body require it.

What about the parties in a matter? At common law, a party may be said to “enter an appearance” whenever they first appear in litigation. Thus, in some jurisdictions, the act of filing any document or physically appearing in court is considered entry of appearance. Formal written documents classed as entries of appearance are usually only required for attorneys or other legal representatives, not for the parties themselves.

What information should be included in an entry of appearance?

The procedural rules for the venue will either identify (1) a form that must be filled out, or (2) state the specific information that must be included if there is no form. While the required contents vary by jurisdiction and venue, they will almost always require:

In some circumstances, the entry of appearance will also include a waiver of service. A waiver of service is simply an acknowledgment that the party in question has knowledge of the lawsuit regardless of whether or not they have been formally served and is now obligated to participate.

Unlike civil, family, immigration, and administrative proceedings, in criminal proceedings, because laws around habeas corpus require a defendant to be physically present before the court soon after an arrest and at numerous key points in the proceedings, it is common in some jurisdictions for counsel to be permitted to enter their appearance verbally on the record while speaking to the court rather than by filing papers.

What other notice is required to enter an appearance?

For example, once an appearance has been filed, a party may have a specific number of days to file a responsive pleading, meet and confer with the other parties to the litigation, or otherwise take steps to advance the case toward resolution.

Why does one file an entry of appearance?

Generally, entries of appearance are only filed where procedural rules require them. There are four main benefits:

What happens after the appearance is filed?

Unlike a motion or petition, an entry of appearance usually does not result in any ruling or formal response from the court. It is merely a notice that an attorney or representative is now active in the case. Communications from the court or tribunal and other parties will start to be sent to the attorney or representative rather than the party, but there is no response directly to the entry of appearance.

Note, however, that an entry of appearance is only sufficient where the attorney or representative has already been authorized to appear in that venue. Say, for example, an attorney wishes to appear in Federal Court in a district where he or she has not been admitted to practice. In those circumstances, the attorney will need to file a motion for to appear pro hac vice – that is, to appear on an exceptional basis with permission of the court. Unlike notices of appearance, pro hac vice motions do require an order from the court.

It is also possible, although rare, that the filing of an entry of appearance will trigger an objection from one of the other parties in the case. This happens where another party believes the attorney or representative does not have the legal status required to act in the case. If an attorney is suspended from practice or has been disbarred, or if a representative lacks proper accreditation or permission to officially represent a party, the other parties to the case may object. The procedure for such an objection varies by venue and jurisdiction, but will usually take the form of a motion or petition.

When should you not file an entry of appearance?

There are a few circumstances where key rights or opportunities that may be negatively affected by filing an entry of appearance:

Note that a notice or entry of appearance differs from a notice of substitution of counsel. There are times, such as close to the start of trial or in the middle of a trial, when a court will be very reluctant to allow a party to change lawyers or allow a lawyer to withdraw from representation, because of the delay this usually creates. In most venues, it is not possible to file an entry of appearance as a means to swap one lawyer out for another. It is, however, common and generally accepted to file an entry of appearance to add additional counsel as trial approaches or once it is underway. Attorneys will do this if they feel a particular type of expertise is needed or if the workload of the trial necessitates more attorneys to assist.

Common Forms of Entry of Appearance

In immigration proceedings, attorneys and accredited representatives must file a form G-28 Notice of Entry of Appearance. This document must be signed by the client.

Although not all districts use it, the United States Federal Courts have a standard form for Appearance of counsel, form AO 458. With this form, attorneys must state the names of the parties, the case number, the attorney’s bar number and contact information, and the name of the party represented. The form also requires the attorney to attest that they are admitted or otherwise authorized to appear before the court in question.

Written entries of appearance are required for counsel appearing in all circuits of the United States Court of Appeals. In some circuits, there are deadlines for filing. For example, in the Federal Circuit, counsel must file an entry of appearance within 14 days after a new case is docketed, or, if they are retained at a later point, they must file within 14 days after being retained or being admitted to the Federal Circuit’s bar.

In bankruptcy matters, the entry of appearance is usually filed by attorneys representing creditors and usually includes a request to be served with all documents that the debtor and other parties file in the case so that the attorney can monitor the proceeding and take steps to protect the creditor's interest as appropriate.

The format and timing of notices or entries of appearance vary more widely at the state court level and across practice areas such as civil, criminal, and family litigation, but they all have in common that they serve as the means by which an attorney or authorized representative announces their presence in the case, provides contact information, and formalizes the representation to the court and other parties.

Not quite what you want? Jump for more Entry of Apperance templates.

In immigration proceedings, attorneys and accredited representatives must file a form G-28 Notice of Entry of Appearance. This document must be signed by the client.